At the Kentucky Humane Society, adoptable dog Jack is known for his farsightedness. He can see, but he typically focuses on things that are farther away. One day, while thinking about this, he decided he needed a change of scenery. He wanted an adventure, he wanted to see new places! Jack found a shelter volunteer, and they headed to the park together.

At the park, Jack went up into the hills with his human friend. Along the way, Jack did what dogs do. He sniffed what needed sniffing, and if he could, he climbed over obstacles that got in his way. Further into the park, he found many squirrels and some deer. He also met some dogs. For the ones that were pleasant, he was pleasant. For those that were not so friendly, he barked back ferociously, but his heart wasn’t in it. He was very interested in the people along his journey, but he passed by them.

Yes, Jack pressed on with his human companion, leaving the town and the trails behind. He went to wander the slopes and ravines, away from everything. He walked for hours until he realized that he must go back to the shelter, because that is where his future would be found. Fortunately, his trusty human was still there by his side to drive him back! This was great news because Jack didn’t have a phone. Jack climbed back into the car and laid on the floor while resting his head on the comfy seat. He closed his eyes and was content. He was doing the right thing.

As Jack rode back to the Kentucky Humane Society, his human friend thought about the dog he travelled with today, and how he acted so differently from many of the other dogs he’s taken to the park. That’s when it dawned on him how Jack sees the world. You see, when Jack looks at you, he sees what can be. What his future might hold. A home to call his own. 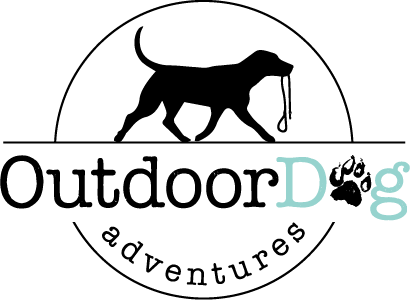 Large Dogs Prove That Big Is Beautiful Are you looking to adopt a canine buddy? Don’t overlook all the wonderful large dogs at the Kentucky…