During the Hands Up Hub and Spoke Transport Model Apprenticeship at St. Hubert’s Animal Welfare Center, Kristin learned that transport is more than just moving dogs from one place to another. While looking at transport best practices, she learned that supporting shelters with large overpopulation problems also includes getting to the root of the problem and offering resources to help. Kristin also learned about St. Hubert’s Sister Shelter Waystation Program and how their Hub and Spoke model helps get animals from the south to shelters in New England that do not face the same overpopulation issues. Kristin says it was amazing to see this program in action and she brought home lots of ideas on how the Kentucky Humane Society can better serve the animals and communities in our state.

We want to say a big thank you to Maddie’s Fund for allowing us to take part in this amazing apprenticeship!

Maddie’s Fund® is a family foundation created in 1994 by Workday co-founder Dave Duffield and his wife, Cheryl, who have endowed the Foundation with more than $300 million. Since then, the Foundation has awarded more than $237.6 million in grants toward increased community lifesaving, shelter management leadership, shelter medicine education and foster care across the U.S. The Duffields named Maddie’s Fund after their Miniature Schnauzer Maddie, who always made them laugh and gave them much joy. Maddie was with Dave and Cheryl for ten years and continues to inspire them today. 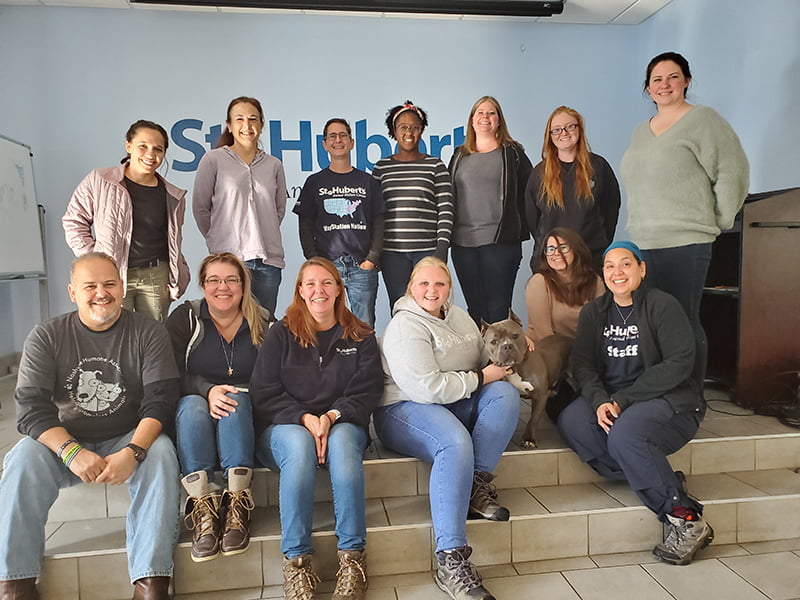 The food is on the grill, the guests have arrived and the dog is … Oh No! Dogs can get into a lot of trouble…

Charming was found with his ears missing and his body covered in bite wounds. But this amazing dog is full of love – and is…